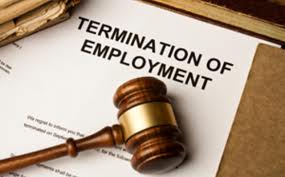 What Constitutes a Wrongful Termination?

“Wrongful termination” is the legal term for illegal firing.

An employer must have a legally defensible reason for ending a worker’s employment. This means, for instance, that a company cannot just say a person failed to meet performance standards; rather, evidence of substandard performance must exist. Lawyers and judges call an unverifiable explanation for firing an employee “pretext.” Showing that a stated reason for a firing is a pretext is the heart of a wrongful termination lawsuit.

When a wrongful termination occurs, the victim may be able to sue his or her former employer for lost wages, future earnings, and damages that can include emotional distress. A particularly egregious wrongful termination can also result in the award of punitive damages, which represent a noncriminal punishment that serves as a warning to other employers who may want to violate a worker’s rights.

Very broadly, wrongful terminations result from discrimination, retaliation, the violation of an employment policy, or the breach of an employment contract. Many different illegal actions fall into these categories and the Columbus, Ohio, wrongful termination attorneys with the Friedmann Firm list several below. If you believe your employer fired you without a good, legal reason, contact us online or call (614) 610-9755 to discuss your options for holding the company and its managers accountable.

Discrimination Is Often Grounds for a Wrongful Termination Lawsuit

No employee can be fired based on his or her

Federal laws also protect workers from discrimination based on sexual orientation and military status. Ohio laws are not in complete agreement with federal statutes and regulations, so speaking with a lawyer that handles wrongful termination cases in Columbus will help a plaintiff understand whether to bring a case in state or federal court.

Retaliation can take many forms other than termination. An employee who suspects that a demotion, reduction in pay, denial of promotion, or reassignment to a more hazardous job happened because he or she engaged in protected activity should contact an Ohio employment lawyer.

A Firing Can Represent a Policy Violation or Breach of Contract

An employer has contractual and regulatory obligations toward an employee. Among other things, this means a company and its managers cannot fire someone to

As noted above, this is just a partial list of actions that can give rise to a wrongful termination case. All concerns that a firing happened for illegal reasons deserve investigation.