People behind our success 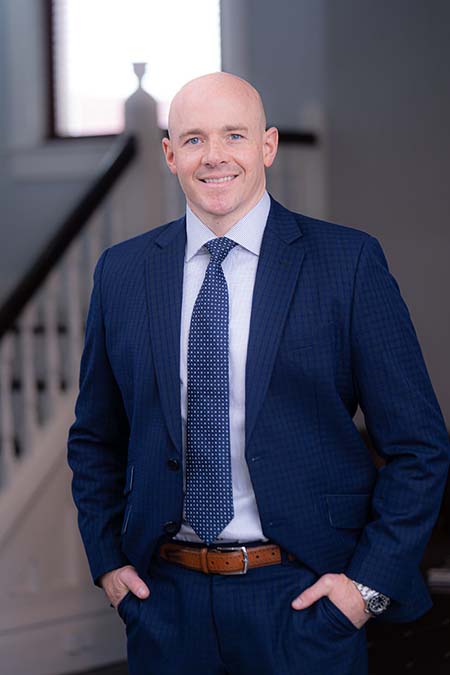 Peter Friedmann is an Ohio employment litigation attorney, who represents clients in state and federal court. Pete is licensed to practice in all Ohio state courts, as well as the U.S. District Courts for the Northern and Southern Districts of Ohio, the U.S. Court of Appeals for the Sixth Circuit, and the United States Supreme Court.

Attorney Peter Friedmann is a founding member of The Friedmann Firm, LLC, which has office locations in Columbus and North Royalton, Ohio. Nationally recognized as one of the top trial attorneys in his region, Pete devotes his practice almost exclusively to labor and employment law. He represents the rights and interests of plaintiff clients across Ohio who have legal needs involving any of the following:

Throughout his career, Pete has achieved notable success advocating on behalf of aggrieved employees, and he has secured substantial compensation and restitution through trial verdicts as well as settlements. He credits his family for his strong work ethic, which is a virtue that serves him well as he fights diligently for his clients both inside and outside the courtroom.

Recognized for his success, Pete holds a Top 3 rating as an employment lawyer in Columbus from Three Best Rated, and he has earned consistent recognition from Best Lawyers.  For the past several years, Pete has been selected by his peers as a Super Lawyers “Rising Star” for employment litigation. Moreover, he has received Superb client ratings on AVVO as well as the site’s Top Contributor award. Pete has conducted numerous lectures and seminars across his region on a variety of legal topics. He is also an active member of the Central Ohio Association for Justice, the Ohio Association for Justice, and the Ohio Employment Lawyers Association.

A 2008 graduate of Ohio University’s College of Business, Pete obtained his law degree from Capital University Law School in 2012. While in law school, he received the Outstanding Service & Leadership award for his contributions to the Corporate Law Moot Court team. Pete also received national honorary recognition for oral and written advocacy based on his performance during a mock trial argued before the Delaware Supreme Court.

From start to finish, my expectations were met or exceeded by Pete and Rachel at The Friedmann Firm. They made sure I was well informed throughout the course of the process, before and during the trial. Reflecting back, from time to time, it seemed to be an uphill battle that was never going to end or quit pulling on my thoughts, heart and family. On top of that, I had to regroup and start with a new company (same area of business and services). I was wrongfully terminated. The Friedmann Firm was my backbone at my lowest time. After all of this, we went head-to-head with a large company at trial. The Friedmann Firm put all of the facts and timelines together, and uncovered every corned of the case, leaving no stone unturned. Pete was able to pinpoint everything to the jury, without a doubt. Finally, the truth was revealed and it was so refreshing to hear, see and feel the jury return a verdict in our favor. To me, The Friedmann Firm is the total package in terms of professionalism with compassion for others, and a work ethic that is second to none. I just wanted to say thank you.

Early in 2013, I found myself in a very uncomfortable position with my employer. I was told multiple times I didn't have a case & was turned away. When the Friedmann Firm returned my email, Rachel helped me feel comfortable & listened to every detail of my issue. She seemed very compassionate & assured me things were going to be okay. Later on, I met Pete here in Toledo and he was very professional, sharp and well aware of every aspect of my case & how to guide me to making the right decisions. I'm extremely satisfied with choosing the Friedmann Firm.

Rachel helped me through a difficult situation I had with my employer. It was very stressful for me but she kept me informed and did her best to ease my mind. Because of Rachel, I was able to negotiate a settlement that was beneficial to me and allowed me to keep my current position.

Mr. Friedmann has worked with me extensively for several years now. He is very quick to respond to all my questions and concerns. I have faith in his knowledge and I believe he is a valuable asset to have working in your corner. I would recommend Pete for any legal action related to employment law. While the experience can be very stressful, Pete has made sure to be on top of every situation. I appreciate his ability to lead every situation with knowledge, compassion and ethics.

I needed help with a case for unpaid overtime. She always kept me updated about what was happening with my case and resolved it quickly.

If you run into a legal issue, The Friedmann Firm is the firm to turn to. Lots of good qualities but in a nutshell, they are intelligent, very prompt and easy to work with. Definitely recommend.

I hired Ms. Sabo for a severance negotiation and she handled it in a fast and efficient manner. I was impressed with her knowledge of Ohio Employment Laws

Rachel helped me with a very difficult employment matter that I thought was nearly impossible. My case was in excellent hands with The Friedmann Firm. They fought for me aggressively. Rachel has top-notch legal and negotiation skills! She went up against one of the largest employment law firms in the country and my result turned out favorable, by far exceeding my expectation. I could go on and on. I HIGHLY recommend Rachel as employment lawyer.

I hired Mr. Friedmann to navigate a very complex legal issue involving my former employer. He remained in touch with me throughout the case, answered all of my questions and aggressively fought for me. I would highly recommend Peter as employment attorney to anyone who has a problem with his or her current or former employer. He is a great lawyer who uses his intellect to obtain great results.

In the middle of a successful career in my field, I was devastated to be abruptly terminated from a senior level position that I loved. After doing some research, I found the Friedmann Firm online and consulted with Peter Friedmann about my situation and he agreed to help me. Peter not only negotiated a better severance package for me but ensured that my words were included as part of the narrative on a successful tenure at my former workplace. Peter Friedmann was responsive, honest about potential outcomes and professional throughout the process and during one of the most difficult career challenges of my life. I am grateful for the representation he provided and would confidently recommend the Friedmann Firm.